Remember when I told you a while ago to brace yourselves for the fuckery the 2014 general election was going to bring? Well shit just got real! The Mail & Guardian reports that Jacob Zuma has gone from enabling the crucifixion of our justice system (shown above by Zapiro), to apparently dragging our Lord Jesus crucified and holy into his MESS.

If this blog seems to be written by an incoherent drunk, it is because the M&G article is full of so much fucking bullshit presented as if it is nothing out of the ordinary, that my head is spinning…or maybe it’s from those horse tranquilizers I just snorted in celebration of 100 posts…nope, it’s from this bullshit.  First of all, those shameless whores at M&G mangled and butchered The Prez’s original quote about “running the government forever” into a title which is much more eye-catching, i.e., double-fisting the word Jesus into it. Then, there is this sentence in this complete attention-whore of an article:

Hurting? HURTING?! The level of fuckery bitches in the ANC have shown to be capable of, should have done nothing less than destroy the party completely. The NERVE to then go “door to door” on an election campaign! This motherfucker should all enter RuPauls’ Drag Race, because he clearly all posses charisma, uniqueness, nerve and talent (as is required for entry):

C  harisma – Getting dumb hoes to listen to them even though everything falling out of their talking holes are filthy, STD-ridden LIES!

U  niqueness – Show me other “democratic” politicians who OPENLY practice polygamy, have been TO COURT for rape, has OPENLY admitted to gay bashing and who has been REPEATEDLY been accused of some kind of corruption.

N  erve – The NERVE to show your fucking face in public and ask for votes after all your messes.

Yes, The Prez sure has the C-U-N-T he needs to get re-elected! Finally, this MESS of an article mentions that NUMSA has announced that it will not be backing the ANC in the coming elections. Dafuq? I don’t know too much about politics (or anything for that matter), but where do unions fit in? Aren’t unions supposed to be concerned with representing workers? Why would a trade union feel the need to openly back a political party…or announce that the won’t, in this case? SO MANY QUESTIONS! SO LITTLE ANSWERS!

So between the blatant whorring on M&G’s part, The Prez’s C-U-N-T and this NUMSA business I feel like I need a lie down…next to a bucket! 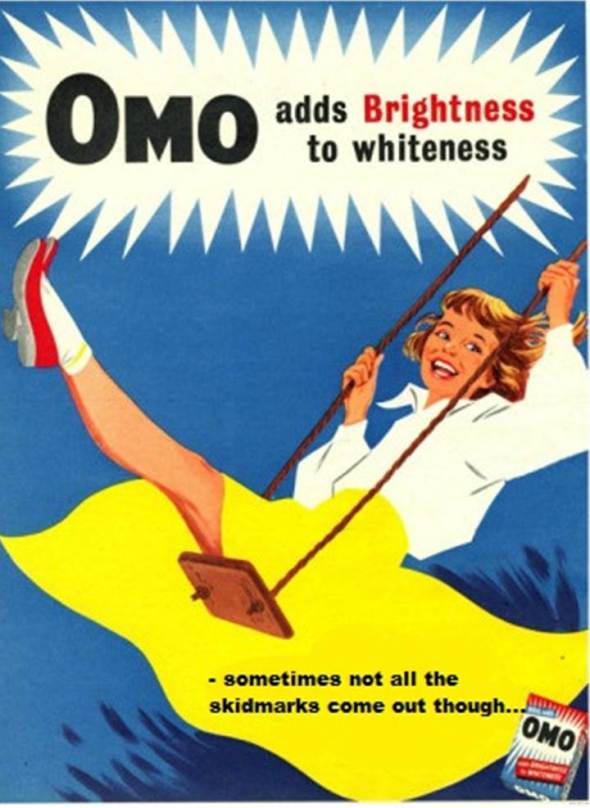 Vavi apologizes for calling his ladyboy hooker a girl (nopatazana). – via Mail & Guardian

First South African to ride in the Tour de France decides to quit that shit before the jig is up! – via News24

I can honestly say I would rather be violently raped with a rusty spoon than attend a Kunt Darren concern. However, if you disagree, here are some deets. – via Twitter

Pierre Spies is amazed by a photo of himself. Welcome to our world Pierre! – via Twitter

Morris the Tokoloshe getting into the festive season. – via Twitter

SANZAR CEO, Greg Peters, comments on that cunt Romain Poite being a meanie to our Bissie. – via Soundcloud

Bissie’s record has been cleansed of that vile Romain Poite’s shitty reffing. – via Times Live

File under “news of the painfully obvious”: The Prez is delusional an uninformed. – via 2Oceansvibe

Election 2014 Manifesto: “The manifesto forums seek to provide an opportunity for the ANC to make false promises in a desperate attempt to win votes despite appalling governance”. – via Times Live

Gareth Cliff needs to work on his sales pitch. – via Twitter

SABC editor, Montlenyane Diphoko, shows all South Africans that you can do any-FUCKING-thing you want, as long as you have a good enough lawyer. Keep up the good work Monty! – via Sowetan Live

The Hawks being a division of the SA Police Service is not stupid and is not a recipe for political interference you dummies: Kemp. – via Time Live

Some trick with dainty-ass hooves finally won the #ElanaShoes! – via Twitter