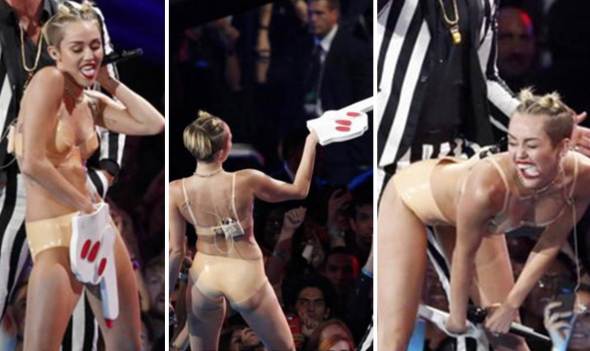 While the heiress to the Cyrus fortune (note: the Cyrus fortune consists of a mullet wig, a Confederate flag tank top and a season ticket to NASCAR) was putting a supreme seafood platter (paging King Kenny!) on display (pictured above) across the pond at the VMA’s last night, South Africans were FAR more concerned with the doings of so-called Sushi King Kenny Kunene. We really need to start paying more attention to what’s going on in the world around us. Ignoring international news like this leads to war! Ask George W. Bush Junior!

So according to IOL (aka, the crawl space under the house where news goes to die), the fishy, sticky-fingered, aroma of the Sushi King has received attention (much more than Ms Cyrus got), because he has apparently given JuJu’s latest cry for attention – the EFF – a letter in his own handwriting saying BYYEEEE! Like everyone else, Kenneth Kunene has also jumped on the bandwagon telling the Prez he’s shitty shit shit. The bandwagon stopped at the EFF-off Freedom Fighters HQ when he was still on board, and now he’s HASTA! What happened? Maybe the sushi there wasn’t up to his standards (read: Miley Cyrus didn’t do a live performance in their offices) because now he’s left the building and hoes are talking all kinds of shit about “looking forward to working with him in the future“, which is politician speak for “You ain’t shit bitch! Good riddance! Eat a dick and die!“. Poor JuJu. I hope his stained maxi-pad can still absorb the tears he is crying after loosing his favourite fishy fat cat’s financial backing… 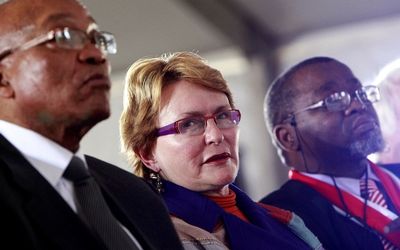 After you’ve taken a moment to appreciate the supreme side-eye Zillz is throwing at the Prez, I hate to be the one who says “I told you so” (read: I fucking LOVE IT), but… I told you so.  As we slowly approach the due date for Celebrity Death Match: Mzansi Edition (aka the presidential election), South African politicians are grasping at every piece of skidmark-stained undies in an attempt to discredit each other. In the red corner we have distinguished wife collector, and current President, Jacob Zuma. In the blue corner we have the face of Foschini’s pants-suit department, and DA leader, Helen Zille. These two ho’s have been at each others’ throats like two Gugulethu mongrels since the word no (NOT a typo, because “NO” is the only word I associate with South African politics). According to News24, the latest in a continuous line of wet-queefs in each others’ direction is the DA insisting that the National Prosecuting Authority release alleged spy tapes to them. Apparently these spy tapes have got some dish on why the fraud and corruption charges against Jacob Zuma got dropped, quicker than a High School girlfriend during Varsity RAG week, back in 2009.

Oh The SHADE Of It All! ANN7 Supporters Get An Open Letter. 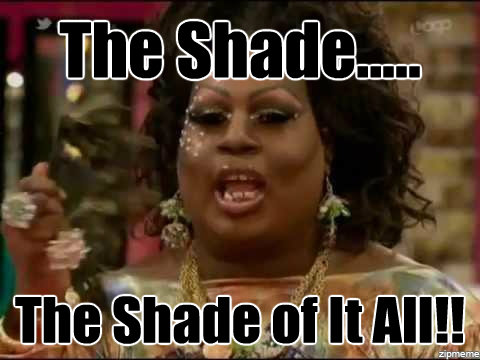 Showing South Africa that he is a shade-throwing bitch to be reckoned with, 2Oceansvibe Editor in Queef, Seth Rotherham published an open letter to those of you whores who feel all of the sads for the sorry excuse for presenters (nevermind actual news reporting) they are smearing across the sorry excuse for a brand new news network – ANN7. If you have been living under a rock for the past week (with apologies to South Africa’s many miners), ANN7 (AKA, GuptaTV) came under severe fire (bukkake level fire, super messy!) after its recent launch for being an ill prepared, disorganised, poorly produced, shitty-outfit-wearing MESS. This was a shit show of EPIC proportions – so obviously I’m HOOKED!  Some people, like Mr Rotherham, do not share my excitement. He feels that these kind of mistakes are unacceptable. I don’t know, I lost his argument at “balls hanging out“.  This is part of what he had to say:

Maybe you’re right, maybe it is because the teleprompter was scrolling too slow or too fast, but quite frankly that has sweet F-all to do with us, the armchair critics. We’re tuning in to a new 24-hour news network. Do you understand the gravity of that statement? Or rather the gravity of investing millions to launch one? Especially one that is not too dissimilar to North Korean television, in that it was created with the sole purpose of distributing government propaganda. You can’t take those kind of risks – hanging your balls out there – unless it’s absolutely perfect. And you know what, shame for those presenters who are either underprepared, inexperienced, or are the brunt of bad production. Again, no-one cares. It’s not a school dorm radio station, angel pie. There are absolutely no allowances for “you did great, hun” or “you’re improving every day.”

OH THE SHADE OF IT ALL! You know what, since my blog is hardly made up of the kind of content they teach you in your average journalism course, nevermind feature on your average search engine, I’m not going to do anything but stick to my guns in saying YOU GO ANN7! Bring the mess – local is lekker! If for nothing else other than to show the likes of North Korea how shit is DONE! And after everyone has calmed the fuck down and stopped shitting on you, ANN7, all you have to do is follow the wise words of one Ms Latrice Royale, courtesy of LOGO TV’s RuPaul’s Drag Race: (BTW: if you are not current on RPDR, then we can no longer be friends, be gone!) 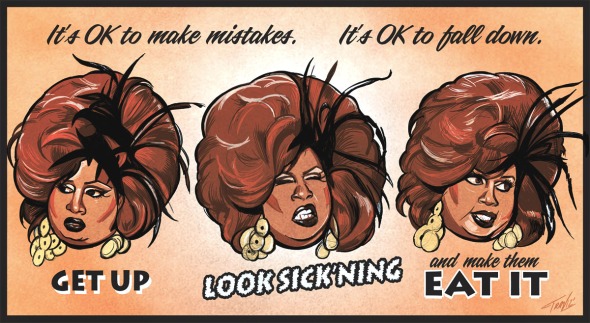 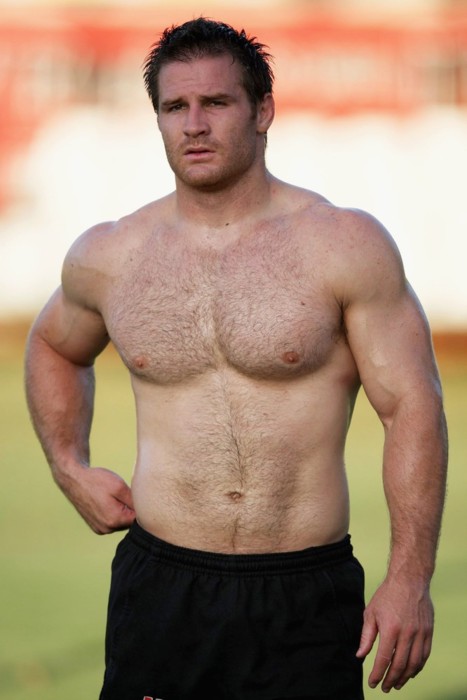 Ladies, (and many gentlemen, I am certain) do not be alarmed if both your face and your pussy just started weeping simultaneously. This is a normal reaction and I am experiencing the same thing as I type this and behold the magnificence of today’s Knopkierie (good thing I’m sitting on a plastic garden chair). Pictured above is the current Hooker (hooker? coincidence? I think NOT!) for the Natal Sharks Rugby Aquarium. He is 28 years old, 1,84m tall and weighs…heavily on my fuck parts. Not only is he a provincial star athlete, but he is also quite the philanthropist: witness him stripping down to nothing but his birthday suit for Marie Claire‘s Naked Issue in March this year. This issue is apparently intended to create awareness around organ donation or some charity shit.  I don’t even care what the reason is, but Marie Claire should get a Pendoring, a Pulitzer AND a fucking Nobel prize for convincing this magnificent mountain of muscle to show us his perky bubble butt! Below are some more pictures of the reason your couch upholstery is ruined now, but before you look at them, go grab an Energade to avoid dehydration! (side note: chest hair on or off?) 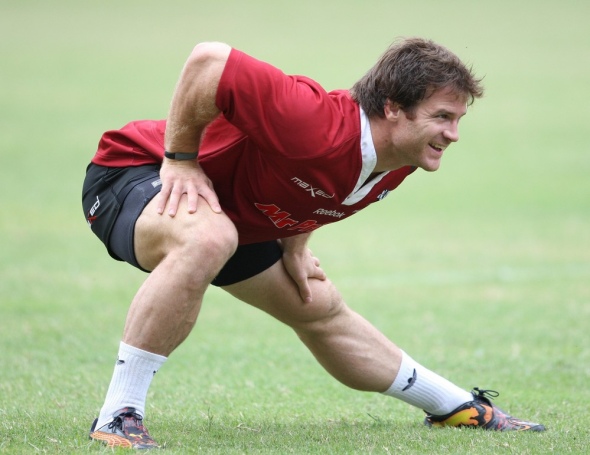 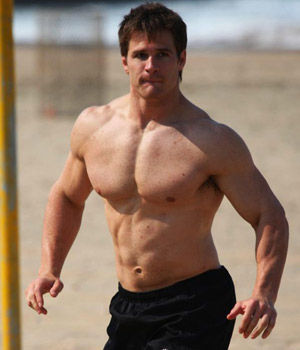 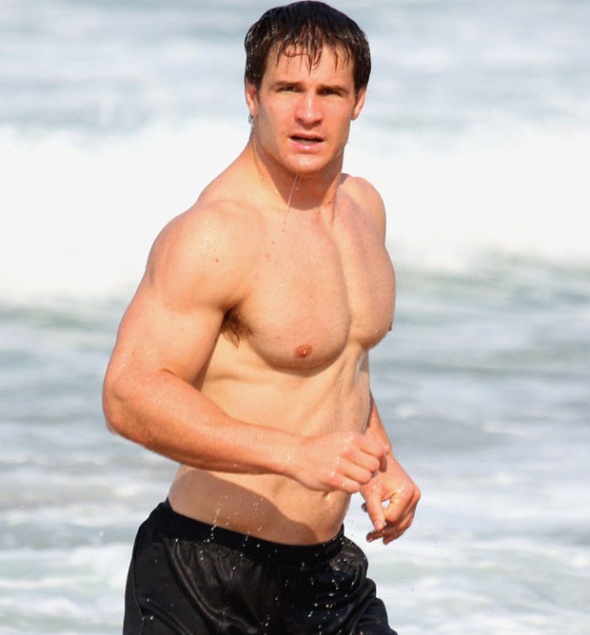 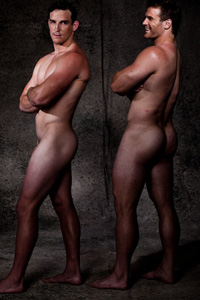 Hipsters From Far And Wide Will Converge On Stellenbosch This September 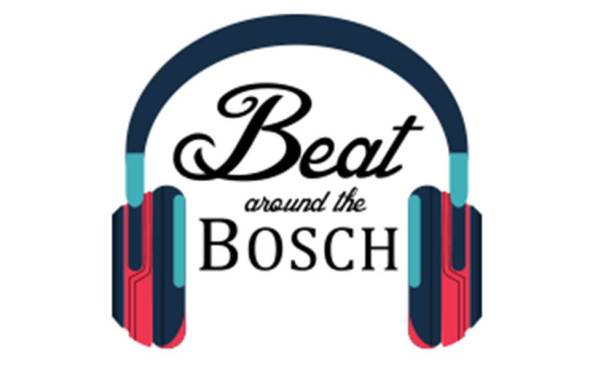 What in R5-Eikestad-Parking-Taranaki HELL is this bullshit?! Apparently there is going to be a fun run/festival in Stellenbosch on 28 September. As an ex-Matie (and current whore), I have beaten around many a bush in Stellenbosch.  I have also been to several music festivals, but I cannot remember exactly how many since I can’t even remember how I got home every time.  However, the hooker who came up with this concept needs to ease up on the Eikestad parking merch, because obviously it has fried the biggest part of everyone’s frontal lobe (this is used for decision-making you dummies!).

Stellenbosch’s picturesque landscapes make for excellent running routes and the town is also a great place for hosting outdoor events like music festivals.  Combining the two is, however, the biggest synaptic misfire I’ve heard of in a LONG time. I can just see the shady undergrads fucking up the day by handing the runner’s cups with vodka instead of water and subsequently the tired and DRIZZAY runners killing everyone’s buzz at the festival deploying their runners gut everywhere.  I can already see all the runners complaining about the different “music stages” not playing the shit they need to get into THE ZONE and locals like Ben Elton and Moksie getting in the way of the runners (i.e. falling down drunk in the road in front of them) while enjoying these “music stages”.

The event as a whole gets a NO BITCH, but the prime cut of Matieland’s finest they used in the ad campaign gets a FUCK YEAH! (we’re all looking at the one on the left right?) I would not mind beating around both of their respective bushes. Here’s some more of them (which one do you think is the bottom?): 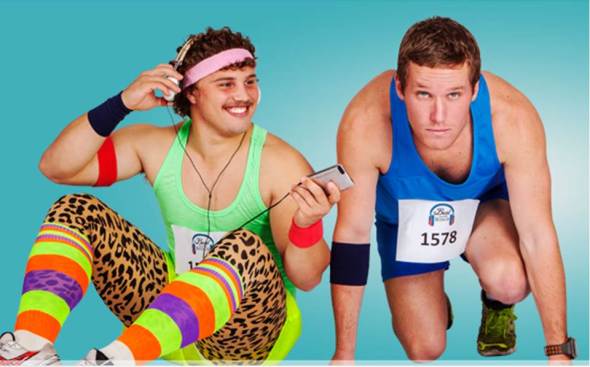 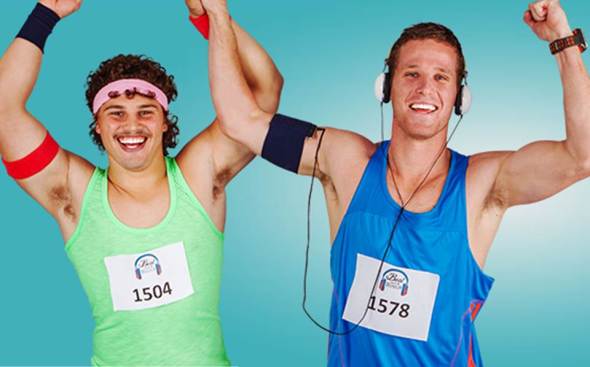 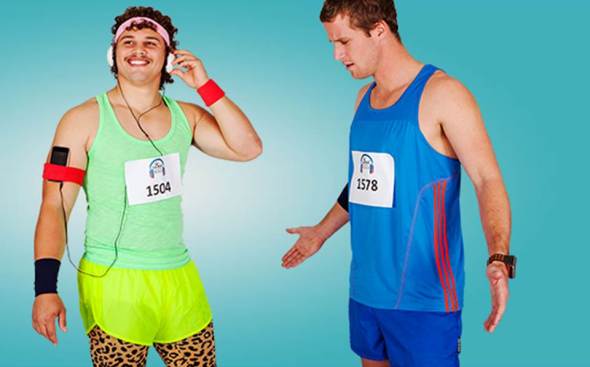 Brace Yourself, Intense Fuckery Is Coming 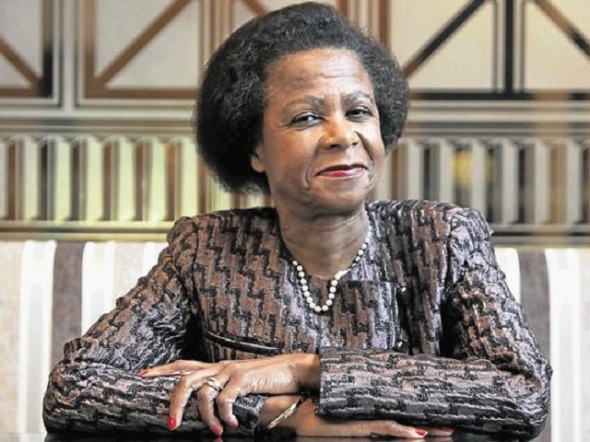 Looks like South Africa’s election silly season is starting early this time around, so prepare yourself for some top class political fuckery Mzansi! The South African general election is set for mid-2014 and newbie party Agang’s leader Dr Mamphela Ramphele (the gogo with the exquisitely glycerined hair pictured above), (who holds a doctorate in throwing shade at sluts) got the ball rolling by telling the world that she can pay her own bills bills bills and definitely don’t want no scrubs! 2Oceansvibe reports that Dr Ramphele has released a statement outlining her financial net worth and annual income. Subsequent to the statement about her personal financial situation Ramphele had this to say to our dearest Prez:

“I call on President Zuma to disclose his finances immediately. What is there to hide?”

While everyone is busy picking at every single ANC fuck up since 1994 (note: there are A LOT) like the infected scab on our country that they are, I’m more concerned with what Ma Zille has up her exquisite Foschini pants-suit loose cuff. My vote is, and always has been, for the lady who has not a single fuck to give about everyone else’s bullshit.  I know it’s beneath her, but I NEED to see her do a big ass Democratic Alliance rally and perform this song about the ANC while Patricia de Lille twerks behind her: 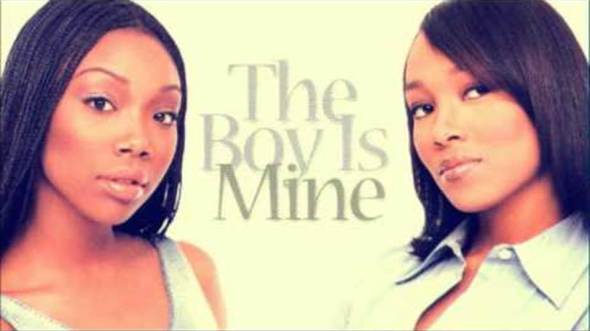 The shadow over Monica’s career (and life in general) was given “The Shocker” (two in the pink, one in the stink) by event organisers at the recent Mandela Sports and Culture Day in Johannesburg. 2Oceansvibe reports that the full-time songstress and part-time Bebe Zahara Benet impersonator was meant to be part of the post-sporting musical segment of the event.  However, as one might expect from a locally organised event, none of the glamour-THIRSTY patrons were aware of the early-2000 EXTRAVAGANZAAAAH which awaited them. As a result, everyone took their shit and hoofed it over to the closest shebeen, for a different kind of Brandy (the kind that makes you blind), after the sport was done. Moesha (MO-EEEEE-SHA) came out to greet about forty confused audience ho’s and MO-EEE-SHA was NOT having it. She moaned out two songs and promptly left.

NO BITCH. This is not how we do. If you got your cheque, you perform – you perform your 100%-afro-unicorn-hair weave off! I hate it when bitches think they are bigger than the game. You don’t see ho’s at KFC throwing their hair nets on the floor and leaving in a huff on a slow day with no buckets, no zingers and no sides! No, they will do their best to fuck up your order whether they have 1 or 100 customers that day, because THAT is how it is done at KFC. Whether you are working the register or workin’ the stage, work is work and ho’s need to be professional like every-ho else! Weak Brandy, just weak!